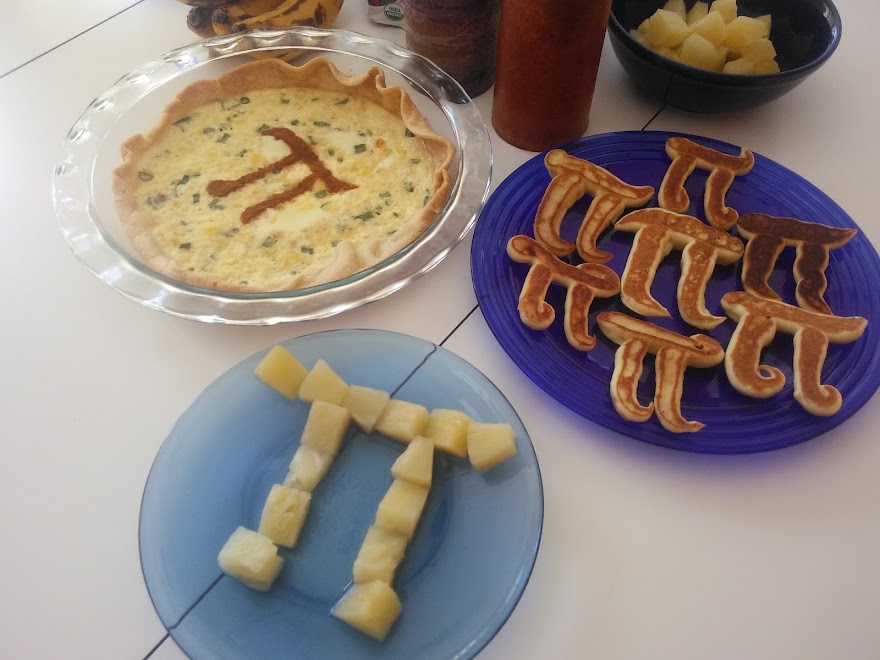 Yay! Today is one of my favorite quirky holidays because I, along with my family, have always been a lover of Math! I have many happy memories of Pi celebrations over the years, which included doing Pi puzzles, eating Pies (Pizza, Chicken Pot Pies, or, of course, just good ol’ fashioned yummy fruit pies), dressing up in Pi Attire, making foods that look like Pi, and, of course.. memorizing digits of Pi!

One of the activities that I think was the most creative was my Pi Poetry in which I (playing the role of Professor Pi) created 3 new types of poems using the number Pi with examples of each. Though I was very impressed with myself, the judges from the comPItition that I’d entered did not even give me an honorable mention. What a PIty!

I still believe I will become famous some day for these creative PI Poems. What do you think?

Definition: A Poem in which the number of syllables in each line, matches that of PI: 3.1415

Definition: A poem in which each line has double the syllables and the number of metrical feet as that of PI.

for You will Never reach SatisFacTion

Alone and feeling down and umber

In boredom she would simply slumber

A number of a different sort

Up front, she finds he’s rather short

Oh, but past the point, there’s no report

of ever reaching an ending port.

This irrational number was her guy.

And so, she proposed with an excited cry,