Nic Friedman, son-in-law, to ALS Never Surrender’s Steph Courdin, is our guest on Carpe Diem Connections talking about resilience despite an ALS diagnosis. 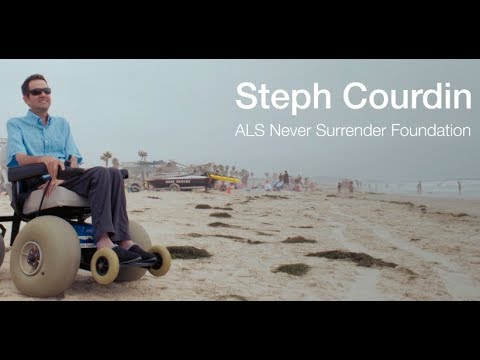 This week on my Carpe Diem Connections podcast, I talk to Nic Friedman, CEO of ALS Never Surrender, and son-in-law to Steph Courdin.

I got involved with the ALS Never Surrender non-profit a few years ago and was inspired by the founder, Steph Courdin, who gathered a group of colleagues and volunteers to create a mobile app that would collect valuable ALS patient progression data.

In this week’s episode of Carpe Diem Connection, we’re talking about Resilience, the 7th Key to Happiness, according to Action for Happiness. Steph’s son-in-law, Nic Friedman, tells us the moving story of the history of ALS Never Surrender. As Steph noted in this video, though his app wasn’t able to save him, it may save the world.

Though Steph lost his battle with ALS in 2019, his work carries on through his family and the volunteer-run non-profit ALS Never Surrender. Tune in to this special episode of Carpe Diem Connections to hear more about the amazing progress that’s being made.

The unedited YouTube video interview with Nic can be found here.

We end with a reminder to live every day as Steph did – with intention, resilience, and a sense of awe and wonder at each sunset.