Baroness Susan Greenfield talks about Brain Plasticity and the Future of Alzheimer’s in this interview with Carpe Diem Connections. 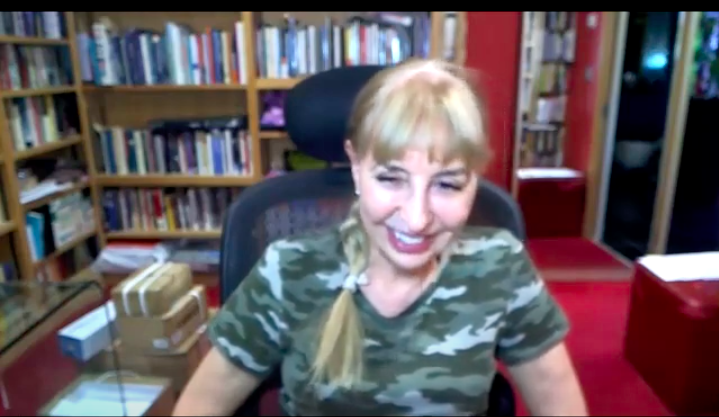 I’ve been looking forward to my interview with Baroness Susan Greenfield since I heard her speak at the Douglas Adams Memorial lecture in March.

Besides being a world renowned neuroscientist on the verge of discovering a cure for Alzheimer’s, she’s an interesting and entertaining speaker! She’s the epitome of what many of us yearn to be: highly intelligent, funny, and working on unraveling some of the biggest mysteries of the mind, including the meaning of consciousness.

She also is an entrepreneur. In 2013, she co-founded Neuro-Bio, a company that develops diagnostic tests and therapeutics to help in the treatment of Alzheimer’s Disease.

In our interview, I asked Dr. Greenfield about her views on a cure. She mentioned the recent FDA approval of the controversial Biogen announcement of a drug claiming to slow down the progress of Alzheimer’s.

She expressed more hope and optimism about the approach and drug under development at Neuro-Bio. Though not available to the public yet due to regulatory phases, Dr. Greenfield indicated that, with fair winds, it might be “two years away.”

“We are on the case. It’s in the foreseeable future, ” she says.

I’m so impressed that a woman of this caliber would make the time to speak on my podcast. When I sent her the request, I hadn’t realized the extent of her achievements and fame.

What a honor for me to have personal time with someone of such status and influence. She is someone who is making breakthroughs in the treatment of one of the world’s most tragic diseases!

In preparing for our interview, I’ve learned so much myself about the brain and its adaptability.

I’m excited that there is hope for a cure for Alzheimer’s in the not-so-distant future and that we all can take control over maintaining a healthy brain by living life to our fullest potential!